As carbon offsets become more popular, pitfalls emerge that threaten the integrity of airlines’ communications and the trust of their passengers. If you want to avoid media criticism, accusations of greenwashing, and run a high-integrity carbon offset programme, you need to double-check the quality of the carbon credits you buy and offer to your customers. 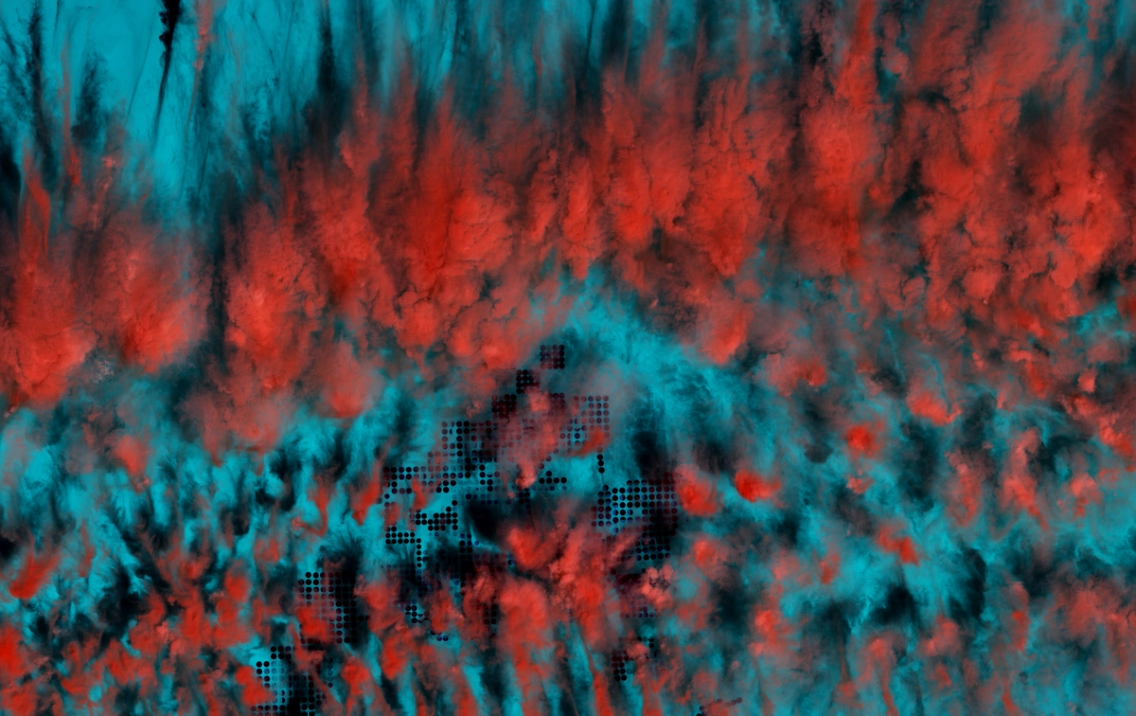 “Net zero” is what everyone in the aviation industry is talking about today. It has become a centerpiece of many airlines’ communications – especially in the context of the commitment by IATA and its members to achieve net zero by 20501. The pledge sounds promising – but the problem is that air traffic is expected to grow by 40% by 2035 according to European Aviation Safety Agency (EASA) forecast2. This, in turn, challenges airlines to reduce emissions while meeting growing demand for air travel, and has also sparked a lot of interest in carbon removal and offsetting strategies.

Most airlines run some type of an offset programme: some buy carbon offset credits from the market independently and others offer voluntary offset options for customers – often with projects that prevent deforestation, plant trees, or promote the use of renewable energy. However, as offsets become more popular, pitfalls that threaten the integrity of airlines’ communications and the trust of their passengers are emerging.

Recent independent research has shown that compensation schemes used by major airlines are based on flawed systems. An investigation by The Guardian and Unearthed of 10 forest conservation programs used by airlines found that the carbon credits generated by those programs are based on inconsistent predictions, and that they overstate the emissions reductions3. Another May 2022 report by investment bank Credit Suisse described the voluntary offsets market as a “wild west” with “little transparency” and “little (if any) correlation between price and credit quality”4. And a report by environmental nonprofit group Carbon Market Watch5 revealed that the biggest airlines in Europe funnel money into highly suspect carbon offset projects that might not actually reduce carbon dioxide emissions.

Even the CORSIA (Carbon Offsetting and Reduction Scheme for International Aviation) program, set by the UN aviation agency ICAO proves to be ineffective – as it adds only €2.40 to offset carbon emissions from a long-haul flight6.

Such low-quality carbon credits are treated as a “get out of jail card” while they have no impact on the climate or even harm the environment (or local communities). A study by Compensate, which evaluated over 170 nature-based carbon projects, found that 90% of them did not meet Compensate’s rigorous criteria7. Such projects are nothing more than greenwashing, and shouldn’t be offered by any company.

If you want to provide your customers with reliable ways to reduce flight emissions, do not offer just any project that pays someone else to plant trees in faraway land. Here are the most common pitfalls of carbon offset projects that you should beware of if you want to be fair to your customers – and truly offset the environmental damage of air travel.

Carbon offsets have gotten a lot of bad publicity – and are now seen as a very imperfect means of dealing with the consequences of climate change. That’s because, at their core, they discourage businesses and consumers from reducing the number of flights they take, and serve as an excuse or claim for a “guilt-free” way to travel. They divert our attention from the problem we must face: we must drastically reduce emissions and cannot allow unlimited growth if we’re to prevent temperatures from rising.

Moreover, carbon offsets have become a convenient way to shift the moral responsibility for carbon reduction onto someone else. An airline passenger pays a small surcharge for his or her airline ticket, thus “offsetting” his or her carbon footprint, while someone else takes care of planting trees somewhere else.

That’s why it’s high time airlines did more than just offer carbon offsets and instead encouraged their customers to reduce emissions first, and only then offset the remaining emissions. One way to actually reduce emissions from flights is to use non-fossil aviation fuels – and airlines can already offer SAF credits to their passengers for purchase as a primary option that precedes purchasing offsets. Airlines can offer them as a “buy-and-claim” solution that’s easy to implement via third-party APIs.

2. Lack of carbon removal projects in the portfolio

Most airlines that offer voluntary carbon credits to their customers focus on emissions avoidance projects rather than carbon removal projects – which might be the wrong tactic when it comes to compensation schemes.

The difference between carbon removal and carbon avoidance is that carbon removal actually removes carbon already emitted to our atmosphere. This way we can say that the climate benefit of such projects has already been delivered and verified, and we can calculate and track it more easily. In case of carbon removal projects, credits are sold – or at least should be sold – after the carbon removal has taken place.

In addition, avoidance projects that involve forest protection or reforestation are often based on unrealistic projections and provide no real compensation for greenhouse gas emissions. The emission reductions tend to be exaggerated, hence it's often impossible to know whether an avoidance project is really making a difference or if it’s just greenwashing tactics. In this context, carbon withdrawal credits seem like a safer, more reliable and verified alternative.

3. No additionality of offsetting projects

The concept of additionality is critical to all credits in the voluntary carbon market. To be considered a genuine carbon offset, the reductions achieved by a project must be “additional” to what would have occurred had the project not existed. If a project goes ahead anyway, for example because it is funded by the local government or required by law, it shouldn’t be used as an offset project.

Without the additionality requirement, there is no guarantee that the mitigation measures will result in a reduction of greenhouse gasses in the atmosphere. Purchasing offsets from such programs does not result in additional emissions reductions and has been called “junk credits” by experts and environmentalists. There have also been calls to exclude these projects from the Paris Agreement.

Many offset programs – including CORSIA – rely on inaccurate emissions figures to calculate the impact of offsets. This is because these estimates do not take into account the impacts of aircraft emissions other than CO2, such as nitrogen oxides (NOx) and soot, even though these factors are expected to more than double the global warming impact of aviation.

“Discussions about offsets focus almost entirely on the associated CO2 emissions, and that’s a problem if the non-CO2 effects are larger than the CO2 ones,” says Ulrike Burkhardt of the Institute for Atmospheric Physics in Germany. Burkhardt is co-author of a study in which she describes how the non-CO2 warming effect will triple by 2050. She also warns that reducing contrail warming is much harder to achieve than from CO2.

A recent analysis by Transport & Environment (T&E) heavily criticized the CORSIA system. It said that the agency’s proposed offset program would only offset 22% of total international emissions by 2030. If airlines really want to address the emissions reduction challenge, they need to adopt more rigorous measures to be effective.

However, many offset projects have low permanence – for example, most forestry projects have a 30-year lifespan. When trees are cut down after 30 years or a fire burns them down, some or all of the carbon may be (re)released, resulting in a reversal (the GHG reduction or removal is “reversed” so there is no net reduction).

In turn, high permanence can be achieved through technologies that allow for the capture and destruction of GHGs such as methane, or ensure that the carbon associated with creditable GHG projects remains stored for at least 100 years.

Double counting is when two parties claim the same carbon removal or emissions reduction. For example, if the carbon offset project you offer also counts toward the host country’s goals, it cannot be considered an additional offsetting measure.

To avoid using double-counted credits, you should only offer projects in countries that make appropriate adjustments for credits sold in the voluntary carbon market, or in sectors where the host country has no reduction targets. The easiest and safest approach is to rely on verification by a trusted third party.

Not all offset projects are sustainable and serve local communities. Sometimes they involve degradation of biodiversity in a particular region, forced displacement, or even human rights violations. Often, communities have little say in the projects, even though their livelihoods are often affected as a result. Moreover, the burden of carbon sequestration rests on the land of countries in the Global South: countries that have contributed little to the climate crisis.

If you want to offer voluntary offset projects to your customers, make sure they have a positive impact on the environment and local people.

If you want to avoid scrutiny from the media, as well as accusations of greenwashing, you need to double-check the carbon credits you buy and offer to your customers. Buying high-integrity carbon offset credits and SAF can be a way to stand out from the crowd, offer quality products to your customers, and respond to the growing demand for sustainable travel products. Most importantly, with the right approach, you can mitigate climate change and reduce the harmful effects of flying.

66% of travelers are willing to pay more to reduce their carbon footprint – but at the same time, the majority of them have difficulty trusting information provided by airlines and travel agents. If you want to build trust, you need to be more open about the environmental impact of flying and how to reduce it. You need to communicate flight emissions clearly and offer both mitigation and offset options, as well as a diverse portfolio of offset projects. We can help you integrate ready-made solutions – check out our demo for more details, or contact us directly. 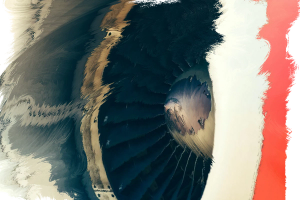 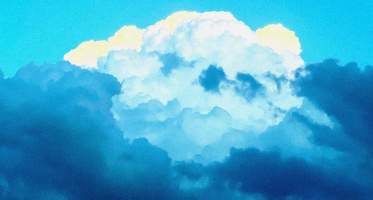 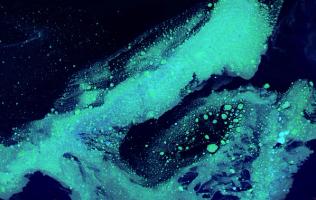 news
We are trans­forming into a carbon manage­ment platform for air travel
October 19, 2022